Self Driving Cars, Insurance And You

Mind-boggling as it may be, right now there are self-driving cars being tested and found to be capable of operating without a human driver.

From 2017 we’ll actually start seeing some of these autonomous vehicles on the road, with Google Inc claiming that it will have a self-driving car ready to market.

By 2020 the autonomous car will be fully integrated. People are predicting that this revolutionary technology will come with a host of new, serious problems and that trillions of dollars will be lost by automakers and insurers as well as other car-related enterprises.

How will Insurance Work with Self Driving Cars? 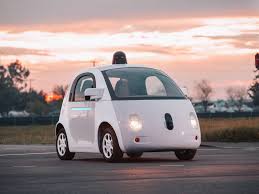 These autonomous vehicles will take many forms. Most automotive manufacturers are starting to make cars much like what we already drive but which can drive themselves.

The question most people are asking is ‘if these cars are involved in an accident, how does insurance work’?

Most people are suggesting that because these autonomous vehicles will have both manual and computer control, it will mean 2 types of  insurance.

Mercifully for South Africans, there are firms such as Uber who are working on ways to create vehicles that will eventually take over from taxis. This will reduce accidents tremendously, but even so, how will insurance work?

The Vendor of the Car Will want Insurance

Legislation will also need to be revised before self-driving vehicles hit the roads or anything else. With autonomous car, who is going to be seen as the driver?

One thing about these self driving cars is that they are going to come with plenty of automated features and crash avoidance technology. Be that as it may, crashes will happen and who will be to blame? The insurance aspects of these cars is currently unclear.

Will the Fault lie with the Manufacturer?

The owners of these cars will be wanting to blame the manufacturer for things that go wrong. Certainly if an accident is the result of failure on the computer’s part, one can assume the fault will lie with the manufacturer.

If the car manufacturers face increased operating costs because of liability concerns, they will simply increase the price o the autonomous vehicles.

In most countries, vehicle insurance is compulsory, but with an autonomous vehicle, insurance may become voluntary. Certainly, driverless cars are going to create headaches in the future because who is going to be liable for losses if one of these vehicles is serviced incorrectly?

The insurance industry will have to create some kind of business model as more of these vehicles hit the road in the future.

There’s Still A long Road Ahead for Self driving Cars

Everything around car insurance as we know it will in all likelihood change. Nobody is sure yet who must carry insurance and who will be held responsible for causing damage or even death in an accident.

It is too early to determine how these self-driving vehicles will be insured, if indeed they will. At the moment it looks as if one would either sue the vehicle’s manufacturer, or the software company that provides the software that drives the vehicle.