Insurance companies say that there has been an increase in claims since load shedding was introduced.

JP Smith, member of the Mayoral committee responsible for safety and security, agreed that there has been an increase in road traffic accidents.

Accidents at road junctions in particular coincide with load shedding times. He also claimed that the city was not resourced enough to ensure traffic staff were in place at junctions when the outage takes place.

It’s a Complicated Situation As Load Shedding Can Occur Unexpectedly 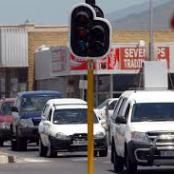 It was also confirmed that because timing was important, traffic staff would be positioned at the intersections most likely to experience accidents. Staff would use motorcycles to get to these junctions sooner.

However Byron la Hoe, spokesman for the provincial transport and works department said that accidents blamed on lights not working should in fact be blamed on poor driver behaviour and poor driving judgement combined with lack of visibility.

Load Shedding Insurance Claims Are Definitely On the Increase

The effect is also being felt by insurance companies. Christelle Fourie, Managing Director of MUA Insurance Associates stated that since 2014, when load shedding was introduced, her compnay had seen a R20 million increase in claims activity across the country.

Drivers should beware because liability for accidents that occur during these periods is not always clear as it is difficult to establish who is guilty when traffic lights are not working.

Investigate All the Facts – Lights or No Lights

At Santam, Donal Kau, Head of Corporate Affairs, said Santam deal with claims arising from faulty traffic lights in the same way they process other claims. He said “We will assess the available information (details of the incident) and evaluate the claim following our rigorous claims process,”

As load shedding affects more and more South Africans over the near future, they should check their insurance to see if it provides cover during power outages.