If you are involved in a car accident and help from your car insurer is not forthcoming, then you will have to resolve issues concerning them with an ombudsman.

An ombudsman is an independent body that investigates complaints against corporations or organisations. We all want and need car insurance in South Africa, but when things start going wrong and our claims are turned down, we begin to wonder if it’s worth it.

What to Do First – Start with the Insurance Company 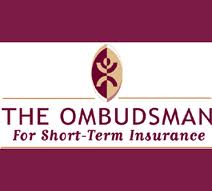 Write down all your facts in a logical manner and remember to include relevant details such as your claim number or your policy number. Keep copies of all correspondence and documentation between you and your insurance company. If you still can’t get any help with one of the consultants, ask to speak to one of the managers and document all of these actions.

Give the Insurer the Opportunity to Comment on Your Complaint

The car insurance company must be given a chance to respond to the claims you are making against them, however sometimes you never get a response from them.

You also need to realise before you contact the Ombudsman that there is always the chance for genuine human error and someone could have made a mistake in your claim. In fact there could be a number of reasons why the insurance company doesn’t meet with your expectations.

Always find out all the details and stick rigidly to facts. Once you have done everything you possibly can and there is still no attempt from the insurance company to resolve the issue, its time to call in the ombudsman for car insurance.

The Ombusdman was established in August 1989, and they provide consumers with a free, fair dispute resolution mechanism to resolve disputes with insurers.

Fill in the Ombudsman Application Form for making a Complaint

Complete a complaint form from the office of the Ombudsman for short-term insurance. Once you have filed your complaint, you’ll have someone who acts as a trusted intermediary between you and the insurance company. They will represent you and investigate and address your complaints.

The Ombudsman isn’t one person, but rather an office of qualified people employed to assist the consumer in the event of a conflict coming about because of an insurance claim.

Claiming from a motor insurance company can be a nightmare when your claim is declined or rejected. If you need support, The Ombudsman (also known as the Ombudsman for Short Term Insurance (OSTI) is your next step after you have no other options left to you with the insurance company.

If the Ombudsman finds that your complaint is fully justified, they will make recommendations to the car insurance company about how to put things right, and then the insurance companies work to bring the problem to a head.