Should Third Party insurance be compulsory in South Africa?

Should third party insurance be compulsory in South Africa?

If third party insurance was made mandatory in South Africa it would have to two-pronged effect. Firstly, it would lower the cost of insurance. And, secondly, it would reduce the number of accidents on our roads.

This is the opinion of Santam’s risk services head, John Melville, who points out that with 65 percent of the vehicles on our roads not being insured, the 35 percent of motorists who do have insurance have to subsidise the rest. 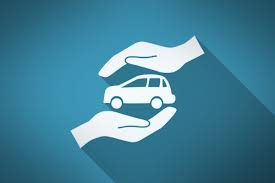 onus of burden on innocent accident victims who do have insurance. They are unable to recover the cost of damages to their vehicles from the guilty party. Neither can they claim for additional expenses from their own insurance companies, says Melville.

With no compulsory third party, South African insurance companies have to pay out more claims. They have to foot the bill, unlike other countries where this type of insurance is mandatory. There motorists are therefore able to cover the costs involved with an accident.

Melville says this anomaly is the cause of high insurance premiums. It has impacted on middle-to-lower income brackets. And that is why only 35 percent of South African vehicle owners have insurance policies.

Not enforcing third party insurance as a minimum requirement by all vehicle owners is not sustainable, says Melville.

Compulsory third party insurance would spread the financial burden across a larger number of motorists, and would, therefore, lower premium rates.

Furthermore, says Melville, third party insurance is not only affordable but also protects motorists from possible financial ruin if involved in an accident in which they cause damage to an expensive vehicle.

Mandatory insurance would ensure the availability of sufficient funds to settle motor accidents claims. This, in turn, would lead to improved road safety because there would be fewer damaged vehicles using the roads.

Melville points out that despite the good intentions of law enforcement agencies, it was almost impossible to stop damaged or unroadworthy vehicles from using the roads.

According to information supplied by the South African Insurance Association (SAIA), 70 percent of all insurance claims related to road accidents as opposed to a decade ago when hijacking and theft took the bulk of insurance payouts.

The SAIA has been lobbying for mandatory third party vehicle insurance to be introduced since 2011.

It’s a known fact that Santam deals with in excess of 20 000 motor-related claims a month, and is one of the South African insurance companies that believe third party insurance should be compulsory.

But until such time as the Government enforces mandatory third party insurance via official legislation, every South African motor vehicle owner should seriously consider this form of insurance as the very minimum cover to safeguard themselves and innocent drivers.

To get a car insurance quote, please complete and then submit the form on this page.