While it may seem a little bit sexist, many studies show that women pay lower insurance premiums than men. That’s just because they are lower risk. That means they are less likely to do things that will require their insurance companies to pay them out.

Put another way: the less likely you are to need insurance payouts, the lower premiums you will pay. It is that simple. 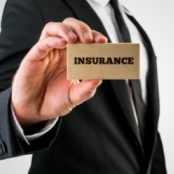 ink of males in general, we think of them as rougher, tougher and more competitive. Women, on the other hand, are more gentle, protective, and more likely to follow the rules. See those differences in an insurance context and you can see why premiums are different for each.

Women have half as many car accidents in comparison to men. That includes major accidents as well as smaller accidents or ‘fender benders.’

Men are less likely to wear seat belts, more liable to drink and drive and more likely to speed. Men also purchase cars that are higher risk in comparison to women. So it makes sense that most vehicle companies see men in general as increased risk. That means that chances are, when an insurance company takes on a new male client, that they will more likely end up paying out money due to accidents and therefore have to increase their premiums to make up for that potential loss.

Just as studies have shown that men are riskier on the road, they are also riskier when it comes to other areas of their lives. Apparently driving is linked to this, as the more likely you are to have a car accident, the more likely you are to pass away. Statistics, in general, show that women live longer than men. Therefore women are likely to pay lower life insurance premiums.

There has been some controversy over the differences in insurance premiums between men and women. Even though statistics show that men are higher risk than women, these are generalisations and don’t take into account the men who are very careful, don’t drink, don’t participate in reckless behaviour and are very low a risk. They also don’t take into account the women who are accident prone, reckless, and take part in risky behaviours. If you are a man and feel that you shouldn’t have to pay higher insurance premiums, there are things you can do to lower them.

How to lower your car insurance premiums

If your car has a lower risk of theft or hijacking, your vehicle premiums will most likely be lower. Make sure that you install an anti-hijacking device in your vehicle, and fit a Tracker into it. Insurance companies also take note of where your car is parked at home, for example, if your car is locked up in a garage rather than an open street, your premium will most likely be lower.

Some insurance companies charge lower rates if you have passed an advanced driving course as you are less likely to be involved in an accident.

How to lower life insurance premiums

When you take out a life insurance policy, insurers take many factors into consideration when figuring out your premiums. These include your age, your state of health and any potential risky habits you may have (such as being a smoker). Some insurance companies, such as Discovery, have introduced incentive programmes that offer to lower your premiums if you gain points. You can gain points by quitting smoking, attending the gym regularly and eating healthily. The basic concept is that the healthier you are, the longer you are likely to live, and the less likely the insurance company will have to pay out.

Complete and send the form on this page to get a care insurance quote!

Why does car insurance for women have much lower premiums? →
← The Seven Hidden Charges Embedded in Cheap Car Insurance
Copyright 2022 Car Insurance Quotes