Take note of the Ombudsman’s Warning on Drunk driving

There has been a significant increase in the rejection of claims for vehicle accidents involving drinking and driving. For this reason, one needs to heed the Ombudsman warning on drunk driving.

The World Health Organization claims that between 20,000 and 25,000 people die every year as a result of driving under the influence of liquor.

In South Africa, 50% of individuals who die on the roads are above the 0.05 gramme per 100-millilitre level. Not only that but the majority of drivers are uninsured. 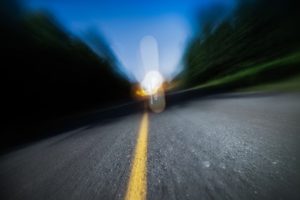 Driving under the influence of alcohol is a criminal offence.

Many people think that having a few drinks at a party won’t affect them as they feel capable of driving, in fact, their only concern is to dodge the roadblocks and avoid being stopped by police.

Alcohol affects the cognitive functions of the person who is intoxicated. When driving you are called upon to multi-task, by concentrating on your steering, the road conditions, other vehicles on the road, pedestrians, and traffic lights.

Blood alcohol must not exceed 0,05g/100ml. With even less than this, your ability to drive safely is drastically reduced.

Ombudsman warning on How your Insurance could be Affected

If circumstantial evidence suggests the probability of the insured driver being under the influence of liquor, the Ombudsman will support the decision of the insurance company to reject the claim.

The Ombudsman warning is Not to be Taken lightly

Arrive Alive makes sure that you are well informed about the consequences of drinking and driving. There’s nothing worse than coming upon a roadblock and knowing its the end of the road for you.

You could kill an innocent person because of your recklessness, and stand the chance of paying a heavy fine plus having your licence suspended. Arrive Alive have consistently issued warnings about owning a car, drinking and driving in South Africa.

Apply for a car insurance quote here.
Simply complete and submit the form on this page