Be aware that insurance scams are rife.

A genuine car accident is horrific as it is, but when you are part of a deliberate accident scam which benefits fraudsters who then claim from insurance companies, you can become incensed at the injustice.

But this is the truth about driving on South African roads as well as the roads of other countries in the world.

In the United Kingdom alone, insurance scams are the 2nd most troublesome crimes relating to finances. in the United States. The BBC claims these fraudulent scams are costing UK insurers hundreds of millions of pounds a year., and experts claim that some 20% of injury claims and 10% of auto damage claims can be laid squarely at the feet of arranged car accidents.

Top Five Insurance Scams that You Should avoid At all Costs 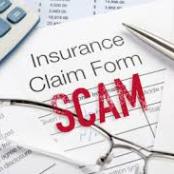 ●   Crash for Cash – this is one of the most common insurance claims which is also known as staged rear-ending. The scamster will swoop in front of the victim and suddenly slam on brakes , causing the driver to crash into them from behind.

Nearly everywhere, rear endings are considered the fault of the rear driver. To make it even more beneficial, the scamster will also claim to have neck pain, claiming for both collision and injury claim.

●   Fake Car Theft – with theft rife in South Africa, it is becoming the norm to set cars on fire or push them over cliffs or into dams to make a theft claim appear like the real thing. A police report is filled in and once the car has been recovered, the con-men lodge a claim for the cost of the vehicle with their insurer.

●   Hit-and-Run Claims – it is also fairly easy to write off your car and to report it as a hit-and-run accident. Con-men first do their homework and make sure that there are no surveillance cameras in the area.

●    The Good Samaritan turned Bad – after a car accident, in your state of shock it is always heart warming to get help from a good Samaritan. The person offers advice on the good lawyers and doctors they claim to know, many times suggesting they represent an insurance company. They extract valuable information from you and use this to file false insurance claims.

The terrible thing about these scams is that they cost honest policyholders a lot of money because each year they just put the premiums up to compensate for the gigantic losses.

If the scamsters are caught they have to pay heavy fines and sometimes a stint in jail. The worst is that these scams are causing, innocent people to be targeted and many lose not only their money, but their lives as well.

To get your car insurance quote now, please complete and send the form on this page