If you’re looking for value for money from your car insurance then you need to know the best and worst insurance firms.

At this point in time your safest bet is a Momentum or Auto and General policy. This is according to a survey conducted by Carinfo.co.za.

The site, which offers free quotes for motor insurance, used rating data collected from 22 firms by hellopeter.com to find the best and worst of the bunch. The ratings are based on reports submitted by customers of the various insurance companies.

Best and Worst Insurance Companies Revealed and It’s quite Revealing 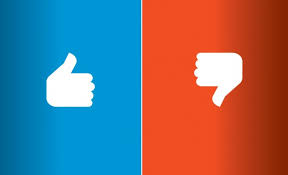 The reports consist of both compliments and complaints subscribers of the different companies have filed and so are a direct reflection of their experience.

Of the firms that participated in the survey, Auto and General received the highest number of compliments. 82% of their customer reports were compliments. It was the reverse for FNB Insurance Brokers, AIG and Hollard for whom 91% were related to complaints.

To separate the firms by scale, the results were divided by the number of reports received for them. Those with more than 500 were considered the bigger firms and those with less were classified as smaller.

Among the small firms Momentum got the lowest number of complaints in the feedback/response category (13%) while in the billing/logs category Alexander Forbes was the best with only 5% of complaints.

This firm along with AIG Insurance and Sanlam were tied in first place in the repairs/servicing category. 0% of the complaints received concerned this category of their service. When it comes to call centres, PPS stood alone at the top with 0% of complaints.

The Old Man on The Block, Old Mutual, Gets a Top Spot

As for the bigger firms, Old Mutual took the top spot in the repairs/servicing, receiving only 1% of complaints.

17% was the lowest percentage received in the feedback/response category among the big companies and Virgin Money Insurance was the winner.

Complaints for breach of contract was another category won by Old Mutual, this time with a percentage of 2%. The UK-based firm also took the crown in the call centre category with complaints of just 3%. OUTsurance shone in the billing/accounts category, getting just 8% of complaints.

To score highly a firm had to also get a high number of compliments from their customers. The five best ranked firms in all the complaint categories received points as well as the ten companies that got the highest share of compliments.

The survey was part of Carinfo.co.za’s ongoing efforts to equip its visitors and South Africans with as much information as possible. Everyone wanted to know which were the best and worst car insurance firms in the country in terms of service but no such information, based on quantifiable data, was available.

The Carinfo Survey is By No means Comprehensive

However the survey is a starting point and gives a good idea of the kind of service one can expect from the different companies assesed, helping you make a better decision.

Having made a start, the online firm hopes to conduct another survey at the end of the year so as to do a comparison. The overall aim is to encourage insurance firms to improve their service.

Request a car insurance quote here. Please complete and send the form on this page