How a No Claim Bonus Works

What is a no claim bonus?

The car insurance industry in South Africa is rife with providers. To entice people to buy their policies, several insurers advertise a no claim bonus. Essentially, if you don’t make a claim for a given period of time, the insurer offers you a reward. The reward could be in the form of reduced premiums or a part of their premiums given back in cash.

Lengths policyholders go to for the no claim bonus

In order to qualify for the tempting cash back or reduced premiums, a number of policyholders opt not to make claims, even when they need to. Instead of claiming from their comprehensive cover, motorists involved in minor accidents opt to do the repairs on their own. Worse still, others choose to drive around 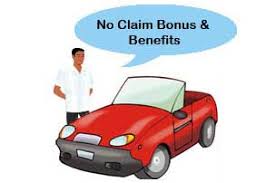 In the case of damage caused by other drivers, instead of engaging their insurer, some quietly approach the other party. Sometimes they do this without even involving the other party’s insurer.

Risks of not claiming

When you desist from making a claim as an insured party, you are basically refusing to get value for service you have paid for. But in addition to this, the following risks will arise as a result of this practice:

What should I do about my no-claims bonus?

If you are involved in an accident, exercise the provisions of your policy and make a claim. You as the policyholder will suffer most as you will spend more time and experience frustration. It is wise not to take a policy because of the no-claims bonus. In fact, where possible, ask for the bonus to be removed and factored into your premiums from the off.