What are some of the common new car problems?

According to a report by survey guru Ipsos, South Africans have a broad variety of good quality options when it comes to purchasing a new car. New car owners in the country can also look forward to great after-sale service. In addition to this, the number of new car problems detected has gone down as compared to last year.

The problems per 100 vehicles (PP100), one of the metrics used to measure car quality, went down by 10% in 2017. Design flaws and manufacturing defects are what the PP100 measures. This information is obtained by interviews with car owners who bought their cars over the past year. 72 car brands were 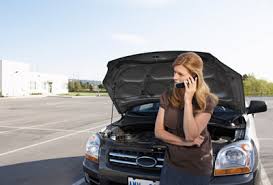 included in the survey, representing more than 70% of the vehicles sold in 2016.

Below are some of the common problems reported:

Among small hatchbacks, small and medium-sized sedans, a common complaint was fuel consumption. This complaint arose in 13 of the 16 vehicle segments that Ipsos created for the purpose of the survey. It was not only due to the fuel efficiency of their new cars; the recent upward surge in fuel prices is why many are watching their fuel gauges more keenly.

Besides owners of smaller town cars, those who bought single and double cab trucks see fuel consumption as a primary concern. This was observed among owners of both petrol and diesel versions of those car models.

Owners of medium-size sedans and top executive vehicles ranked unspecified noises second among the complaints they had about their new cars. This same lament was registered by those who recently bought three-quarter ton, petrol single cab and diesel single cab trucks. Among Sports coupé owners, engine malfunction was noted as a secondary concern after the parking assist problem.

Among the different car categories, there were a number of malfunctions listed as the third most common problem. In small hatches there are engine noises while medium sedan owners noted a wind noise when the car was in motion. In top sedans, a complaint of pulling to one side was raised while some trucks had an issue of a stiff transmission. Petrol single cab trucks owners complained of noises while braking and those with double cabs complained of wheel noises.

Cars are being made to be more and more dependent on computerised systems and this has been a source of complaints as well. In large recreational vehicles it has bred tyre sensor issues. Top executive car owners have noted various information system problems.

The car owners particularly unhappy about the performance of their new cars were those who bought recreational toys. According to the report, though, low performance was not a primary complaint for any category of car owner.