What Changes is Tesla Bringing to Car Insurance

What revolutionary changes is Tesla bringing to Car Insurance?

Many South Africans don’t know that there are already a few hundred electric cars on the road and that next year the country is ready for another.

The Nissan Leaf and the BMWi3 are what we are familiar with. But now the Tesla Model 3 will arrive in the country in 2018. Tesla are a leader in the design and manufacture of electric cars. Unlike the BMW and Nissan cars, this is the first 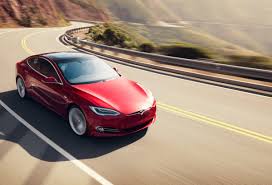 time an electric-only car company is entering the market.

When you’re looking at insurance for this car, it is designed to get a 5-star safety rating, and this makes one wonder if the insurance rates will go down with such a safe car. This question may not get an answer because as it is, Tesla also also coming up with their own car insurance. They are on the point of turning the car insurance world upside down.

Certainly insurance brokers know that this will be a cheaper car to run than a petrol-based car. Tesla has come up with a customisable package: InsureMyTesla. They are partnering with Liberty Mutual to bring this insurance which is specifically for Tesla vehicles.

Tesla won’t be selling the insurance products themselves because it is required to be done by a licensed insurance representative. They will however, as an option,  refer buyers to insurers through the InsureMyTesla program. The insurance will take into account the car’s  Autopilot safety features and well as its low maintenance cost to make it cheaper.

The National Highway Traffic Safety Administration has revealed that accident rates for Tesla vehicles has gone down by as much as 40% since Autopilot was installed.

The Tesla to Hit more than 20 Countries

It is believed that self-driving cars will almost drastically reduce if not eliminate those typical car accidents caused by humans. Autonomous driving will save millions in repair costs around the globe.

Whether you believe it to be a safe option or not, we’re just a  few years off from seeing totally self-driving (level 5) vehicles, and insurance companies are going to have to make some major adjustments to accommodate them.

Tesla’s vice president of sales says that with InsureMyTesla, it’s their aim to offer a single price for the car, its insurance and maintenance.